42% of births in the EU are outside marriage 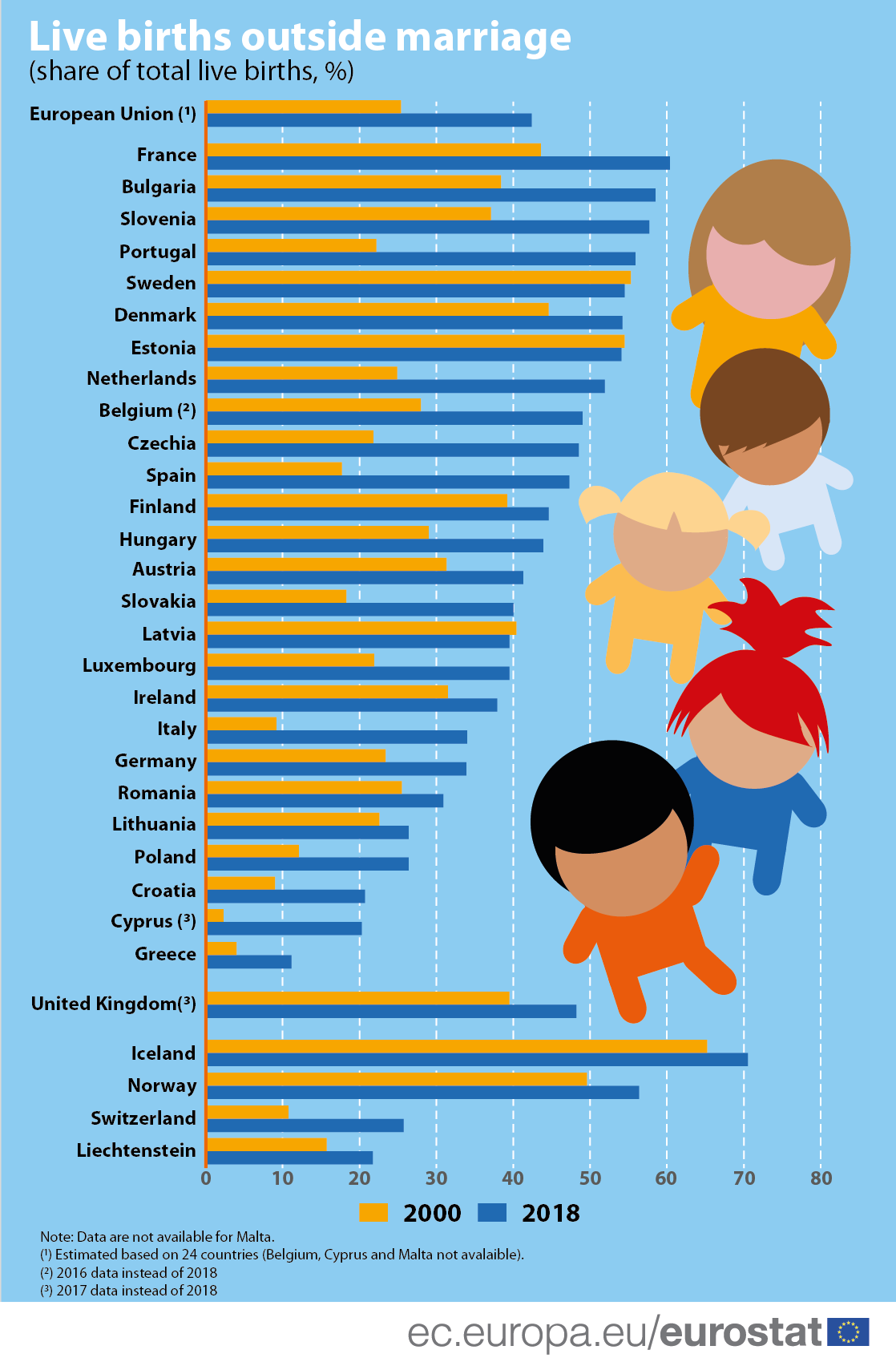 The proportion of live births outside marriage in the EU stood at 42% in 2018. This is 17 percentage points above the value in 2000. It signals new patterns of family formation alongside the more traditional model where children were born within a marriage. Extramarital births occur in non-marital relationships, among cohabiting couples and to lone parents.

Greece and Croatia were at the other end of the spectrum along with Lithuania and Poland as more than 70% of births in each of these Member States occurred within marriages.