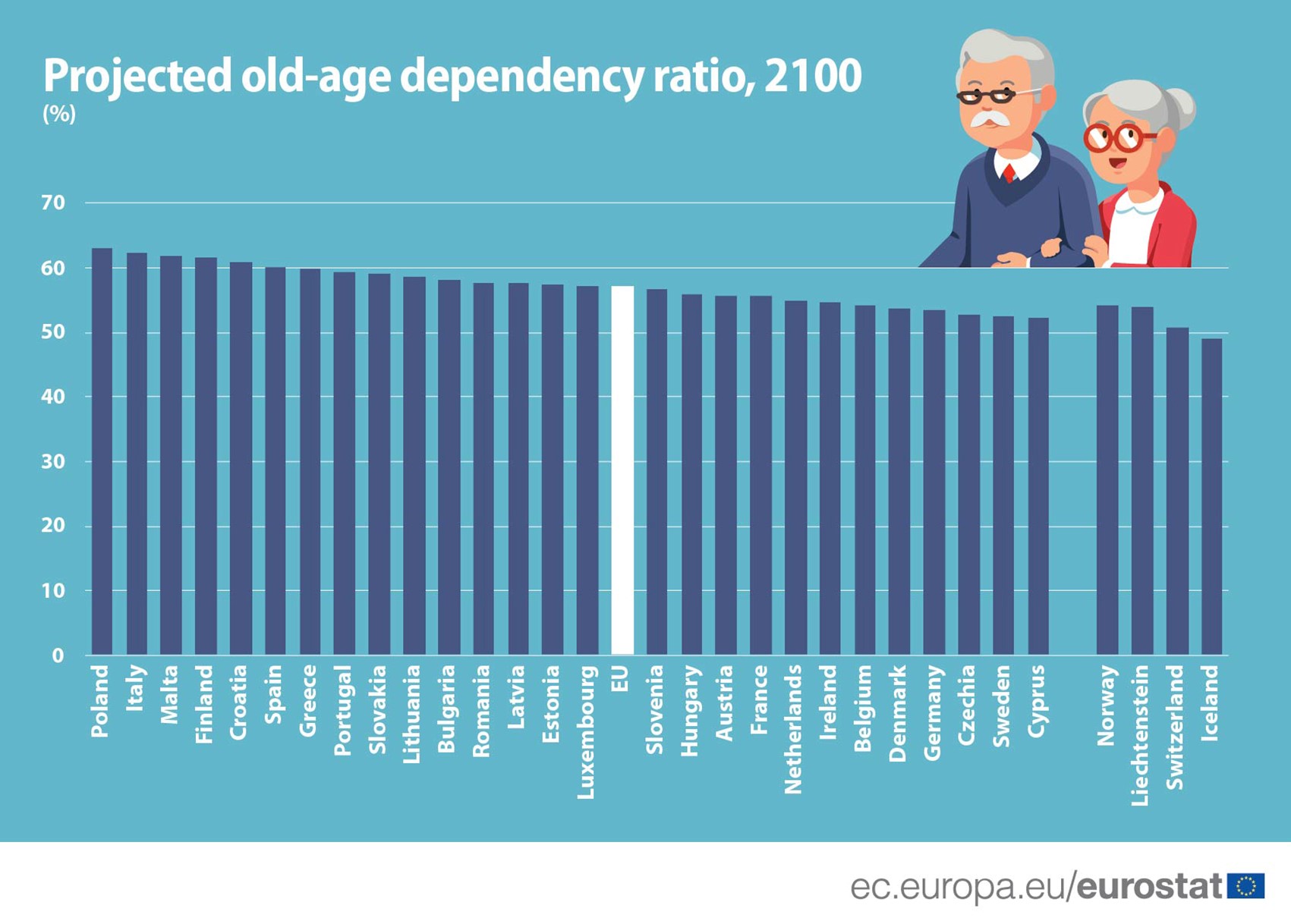 Under the baseline scenario of the latest population projections issued by Eurostat, the EU’s population will continue to grow older.

This can be illustrated by the old-age dependency ratio, defined as the ratio of the number of elderly people (aged 65 years and over) compared with the number of people of working-age (15-64 years).

The EU’s old-age dependency ratio is projected to be at 57% in 2100, almost double that of 2019 (31%). This means that there will be fewer than two persons of working age for each elderly person aged 65 and over.

The projected increase in old-age dependency ratio follows the trend observed in the past decade (26% in 2009).